Whether it is pursued to scratch an itch, get out of a rut, or seek fame and fortune, not all work neatly fits into the parameters of a traditional job – if there is such a thing anymore. 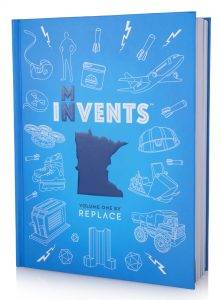 Google famously encourages employees, in addition to regular projects, to spend 20% of their time working on self-generated ideas. Founders Larry Page and Sergey Brin believe that “this empowers them to be more creative and innovative. Many of our significant advances have happened in this manner.”

But as my friend, Jeff Johnson, a serial entrepreneur, prolific designer, and all-around force of nature, likes to say, “There is no such thing as a personal project. They are all just projects.” He spends about 30% of his time on speculative, unfunded, entrepreneurial projects of all kinds.

One never knows where a personal interest may lead.

Gary Hustwit, a photographer and independent filmmaker, is best known for his documentaries: Helvetica, Objectified, and Urbanized. Through his work, Hustwit shows that even the most esoteric interests can be fascinating.

At a conference, Hustwit’s presentation focused on how his various obsessions inspired work over the years. What usually spurs a project for him is a simple calculation: “I think ‘this should exist’ and if it doesn’t exist, I make it.” 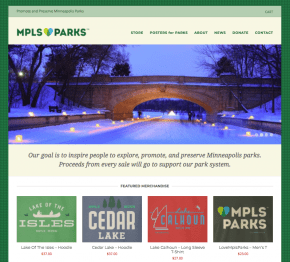 That’s sort of how I ended up creating LoveMplsParks.

Among other activities, I have biked, paddled, coached kids, walked dogs, attended concerts, skated, skied, and proposed marriage in our city’s parks. The parks and lakes make Minneapolis one of the greenest and most livable urban areas in the country.

But while I served on my neighborhood advisory board, I became aware of the financial plight of the Minneapolis park system. It suffers from a nearly $30 million backlog of deferred maintenance, and it relies on the whims of other governmental bodies for its funding.

I decided to create a new, dedicated revenue stream selling parks-branded merchandise printed and shipped on demand. Profits are split 50/50 between People for Parks, our non-profit partner, and the designers who created the apparel and posters. Since its launch, the venture has generated $80,000, with almost $20,000 donated to preserve Minneapolis parks.

One thing leads to another

Eric Kreidler has been in love with cinema, animation, and visual effects ever since he saw Star Wars as a child. From super-8 cameras in junior high, to experiments in stop-motion animation, and a detour to graphic design after college, Eric’s roundabout journey led him back to motion graphics in 2010. 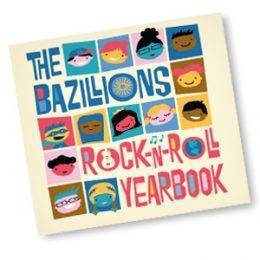 Prior to his focus on animation, most of his side projects were music-based. When his good friends in The Bazillions released a fantastic album of children’s music, an opportunity was staring him in the face. Seven years and 14 critically-acclaimed animated videos later, a serendipitous encounter gave Eric and his partner, Gretchen, the chance to explore new techniques and rebrand eg design as a motion graphics shop.

I always keep a sketchbook nearby both to explore illustration ideas, and because moving pixels around with a mouse is often less satisfying than getting one’s hands dirty. Last year, an owl led to an egret and then to an idea for a series of animal illustrations inspired by Charley Harper – the fantastic beasts of Minneapolis parks.

After the Posters for Parks show in the fall, Eric asked, “Would you ever be interested in doing a little collaborative animation for the parks?” Over coffee and cookies, we discussed a number of ideas, scribbled on napkins, and settled on a series of 15-20 second videos for upcoming park events. 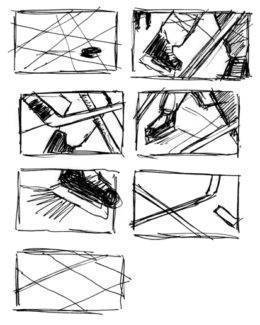 Since both of us are huge hockey fans, our first effort was for the U.S. Pond Hockey Championships. Hundreds of teams from across the U.S. and Canada gather on a frozen lake for four days of action at the end of January.

I wanted the spot to move like a game with the focus in tight – all angles, and overlaps, and changes of direction. The distinctive look and sounds of an outdoor rink were the inspiration for the sketches that capture key frames within the sequence – illustrating how we would get from start to finish.

After another conversation and some refinement, I turned the black-and-white sketches into vector-based, color files. From there, Eric brought them beautifully to life with Adobe AfterEffects, and used Adobe Premiere to do the edit and sound design. Here is the finished spot:

Your mind is your most valuable asset. Jeff Johnson believes any project that engages the mind and feeds the soul expands that asset – no matter any potential commercial application. He advises to always be working on something that frightens you a little: “Make friends with that scared shitless feeling.”

Eric Kreidler knows the value of doing the kind of work you want to do – whether anyone is hiring you to do it or not – as he and Gretchen used personal projects to shift into a whole new practice they are more passionate about.

As designers, we have the extraordinary ability to conjure something out of nothing. But no matter your profession, the best, most meaningful, and magical work happens when you risk bringing yourself to the table.