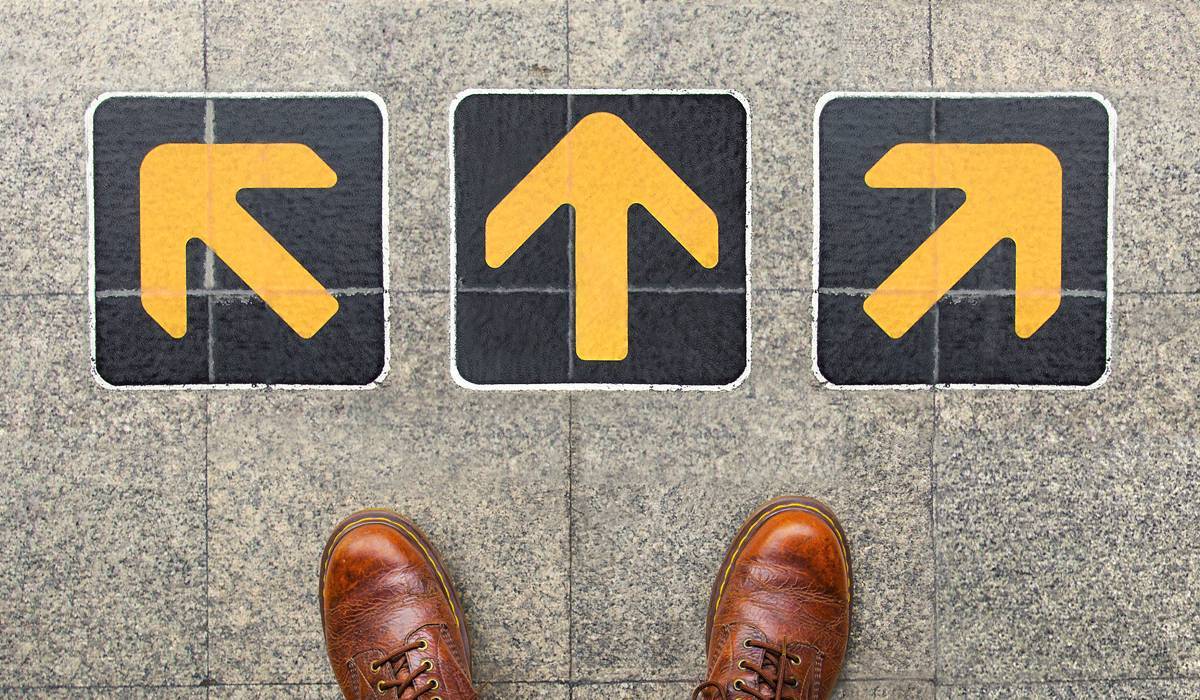 Does diet soda keep us thin or make us sick?
How can we be sure that humans are a major cause of global warming?
Will we ever know if the Russians interfered in our election?

Americans clearly lack confidence in the institutions that affect their daily lives – governments, organized religion, banks, and the news media among them. As trust in institutions has dropped over the past twenty years, our access to information has exploded.

Contrary to the gospel’s assurance that “the truth will set you free,” many now seem to subscribe to the notion that the truth is unknowable. A steady stream of conflicting and/or confusing information will do that.

It causes anxiety and indecision.

Patience is a virtue – except when it’s not

Wisdom is difficult to come by, as one tried-and-true piece of advice often conflicts with another.

Look before you leap.
Strike while the iron is hot.

Absence makes the heart grow fonder.
Out of sight, out of mind.

Birds of a feather flock together.
Opposites attract.

The fact that both can be true only underscores the complexity of designing for human beings.

We now have access to a greater volume of information, delivered instantaneously to our fingertips, than our brains have the capacity to process. It changes the way we think and the way we behave.

Moore’s Law is based on the insight that processor speeds for computers double every two years. This remarkably prescient, 50-year-old observation, might also explain how society has seemingly moved from a seven year itch to a seven second twitch.

With a multitude of choices, the fear of missing out (FOMO) fuels the pursuit of the newest shiny object – a tactics-obsessed mindset that leaves most people neither current nor effective.

Like day traders following the minute-by-minute fluctuations of the latest trendy stock, when we evaluate changes in marketing through a short enough window of time they can seem wildly unpredictable and confusing. But time is a paradox. Step back far enough and changes seem much smaller and gradual by comparison – and much easier to explain.

Life is like riding a bicycle. To keep your balance, you must keep moving.
– Albert Einstein

A good designer moves between short- and long-term perspectives to find direction and insight. Details matter, but so does the big picture. There is a method to balancing the two.

Does it pass the eye test?

I’ve worn glasses or contact lenses since I was 25 years old. My right eye is naturally better at seeing things far away. My left eye is better for viewing things up close. It’s known as monovision, and has grown more acute as I age.

My optometrist could make both of my eyes great for reading tiny type, but everything in the distance would appear blurry. Instead, my prescription is a compromise between the two, with my brain asked to synthesize the visual stimuli and make sense of it.

I’ve spent the past two weeks working through treatment for an infection in my left eye. In addition to an increased sensitivity to light, this has messed with my depth perception and ability to focus as my brain struggles to adapt to impaired input. Regular headaches ensue.

As we choose which marketing channels, strategies, and tactics to pursue, and debate what appear to be conflicting facts, keep both eyes open. Trust that a more holistic view of what you’re seeing will lead to more effective solutions.

Planning ahead saves a lot of time and headaches. Sign up to receive insights delivered quarterly, and we will send you our project planning template.

This document will help you prioritize project goals, define audiences, and establish criteria for measuring the project’s success.