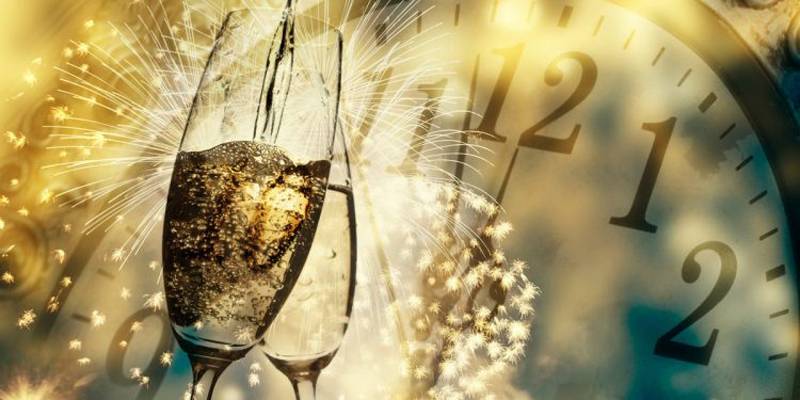 A couple months ago, while cleaning our basement family room, our two teenage boys found a mysterious note tucked in a crevice next to the built-in bookshelves. They excitedly reported that this long-forgotten note, written five years ago as a sort of time capsule, was to be opened in 2017.

At the end of their holiday break and the beginning of a new year, they opened the note. What was on the minds of an eight- and ten-year-old boy in 2012? Mostly gibberish. A drawing of Waldo (now you know where he’s been). Some hieroglyphs whose meaning is lost to history. And a declaration by the older brother that his handwriting was better.

This morning, even at 5:00 a.m., the gym where I work out was a little more crowded than it was just a few weeks ago. Undoubtedly, there are millions of people with fresh resolve to lose weight, save money, and spend more time with friends and family in the new year.

Things will probably be back to normal next month.

Resolutions often end up more like aspirations – the difference between a firm decision and a hopeful one. There’s nothing wrong with hope. In the Shawshank Redemption, Andy Dufresne wrote a note for his friend to read after leaving prison, “Hope is a good thing, maybe the best of things, and no good thing ever dies.”

What improves the odds that our resolutions avoid an untimely death?

When pressed to volunteer, add another event to our calendars, or explain away a missed deadline or goal, it’s completely acceptable to offer the well-worn excuse: “I’m sorry. I just don’t have enough time.”

What if, instead, we were compelled to state the real reason?

“Would you like to schedule a lunch meeting for next Tuesday?” “I’m sorry. That’s just not a priority for me right now.” You would be well advised to reply more diplomatically than that, but weighing options based on defined priorities is vital to achieving them.

This is assuming you have priorities. And not a dozen or more. That’s called a to-do list. I’m talking about 3-4 real priorities – the kind of things that, if accomplished, will make your year a great success.

It’s the old rule of 80/20. 80% of your success – however that’s defined – will come from 20% of your efforts. It’s up to you to choose your priorities wisely and then vigorously defend the time necessary to achieve them. Eliminate, ignore, or delegate everything else.

Most people grow reflective as the year nears its end. Look back. Look forward. What was successful? What could be improved?

Most people have an annual performance review at work. Sit down with the boss. Look forward. Look back. What was successful? What could be improved? Do I get a pay raise?

Rather than waiting until the end, consider writing next year’s performance review today. It’s like a pre-mortem – or a promise – and similar to the note my children wrote in 2012 (minus the gibberish). Tuck it away for future reference.

The same thing could be done at the beginning of a large project. In fact, one of the standard questions I ask of clients when we begin is: By what measure(s) will this project be considered successful?

What are you prepared to do? The key is to be specific. Writing down “lose weight” is not nearly as effective as “stop drinking soda” or “remove all candy from the house.” Break larger goals into smaller ones to eliminate the pressure of an all-or-nothing mindset, all the while getting more specific and closer to success.

Written resolutions act as your shield against distractions, temptations, and the low-priority (or even counter-productive) things that will inevitably pop up. Progress, not perfection, is the goal.

Life is short. In 2010-11, we decided to home school our kids for a year and travel. The world would be our classroom. It helps that my wife is an elementary school teacher – and we’re both planners. But with big plans, big dreams, it’s really easy to give in to doubts and uncertainty.

As we started planning our adventure, we began telling people about it – not to brag, but to hold ourselves accountable. Most everyone was excited by the idea: “I wish we could do that.” And many people offered helpful suggestions and asked questions we hadn’t considered. It was like having a support team and troubleshooting squad rolled into one.

The point is that once we publicized our intentions, forces came to our aid that would not have had we kept our plans guarded. Deep down, there was another little motivational benefit – avoiding embarrassment: “We told everyone we are going to do this. Now, we really have to figure out how we’re going to do it!”

When it comes to my business and professional development, there are a lot of things I want to accomplish in 2017. But everything that would make this a successful year can be boiled down into two priorities.

Be more disciplined with my time.

Connect with like-minded people involved in the business of good.

Since 1989, Woychick Design has focused on helping tell stories that move people to action. I have worked with non-profits, educational institutions, and organizations trying to make the world a better place. But complex challenges require more people working together toward a shared outcome, which is why I am reaching out to and collaborating with more people than ever before.

These priorities will provide the most benefit to my clients and my business. When I look at these resolutions twelve months from now, I expect to see a successful year in my rear-view mirror. I hope you do, too.

Planning ahead saves a lot of time and headaches. Sign up to receive insights delivered quarterly, and we will send you our project planning template.

This document will help you prioritize project goals, define audiences, and establish criteria for measuring the project’s success.